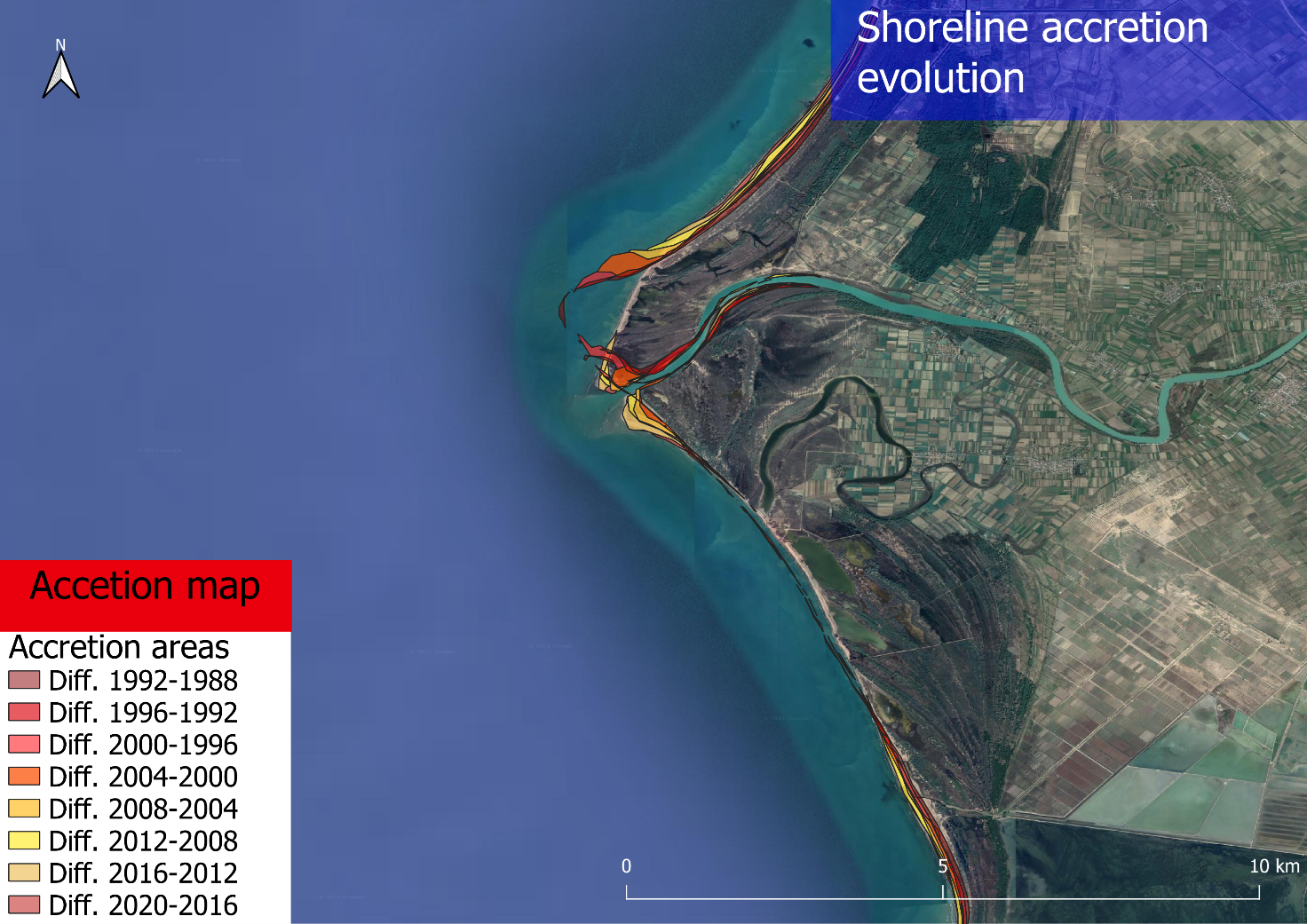 In the south-east part of the Europe is still possible to find some environments with a high value of naturalness. Our student Emanuele Ingrassia spent three months in Albania, conducting a study for his master thesis focusing on the Vjosa river delta. Here, he estimated the main morpho-dynamics mechanisms in the framework of the NaturAlbania project. A remote sensing analysis (RSA) identified the shore with most important coastline changes assessing the erosion and accretion rate for each edge of the delta. In the north part, the value of accretion rate during the last 30 years results about 9 m/y, meanwhile, in the central part affected by erosion phenomenon, the value results -8.28 m/y. The remote sensing analysis allows to indentify a meander cut-off happened in 1998 that reshaped the whole delta configuration.

Then, a sampling campaign has been conducted in the areas with the highest accretion rate with the support of the CELIM, an Italian NGO, analysing the sediments in the laboratory of Polytechnical University of Tirana thanks to the collaboration with local students.

In the meantime, a numerical model has been developed with the University of Genoa (Italy) to investigate wave characteristics in the Adriatic Sea, in front of the Vjosa mouth, using a hindcast database developed by MeteOcean research group. This database is a reanalysis of atmospheric and oceanographic data from 1979 to 2020.

The numerical model simulates the shoaling and refraction phenomena, calculating the significant wave characteristics during the wave approaching to the shore. Finally, the Longshore Sediment Transport (LST) was estimated, showing increasing trends of accretion and erosion according to the results obtained during the RSA, consistent with the value of fluvial solid transport.

Numerical estimates of LST indicate different trends in transects with eroding and advancing coastline and suggest the key role of fluvial sediment input for coastline evolution. The numerical model also calculated the run-up value as the vertical height where waves arrive on the shore, identifying the areas mostly affected by the inundation risk.

With the value of the worst-case scenario RCP 8.5 from the last IPCC report of august 2021, it was also possible to estimate the value of the permanent flooded areas in the region of interest, obtaining a value of 151.02 km2 of flooded land. An estimation of flooded area in this region suggests that sea level rise can highly increase the coastal areas subject to inundation risk especially during sea storms.